For the thought of You...

Because I know you all miss us...:)  and because I felt like sharing after reading Emily's beautiful and unforgettable excerpt from her own life, I thought I'd give you a peek through the windows of my life at present.
Here is some of what I have been working on... as often as I can.

A small family were gathered in the large-room of their home. The darkness was creeping softly across the floor, kept beneath their feet by the light of many candles. They were a mother and father, a son, and two daughters.

The elder daughter had her brown-y blue eyes bent on her sister’s face, a soft face that was aglow with joy.

“She wants you then?” The question came from the rosy lips beneath the elder daughter’s dark eyes. The rest of the family bent their heads in, listening too, awaiting the response of the younger girl.

“I asked her, like I’ve told you, and she was ever so sweet and blushing, happy, you know, that I’d want to do such a thing.”

The mother rose from her seat, her own graying hair still alive with the curls she shared with her daughters. A curious, motherly gladness was stealing over her softly wrinkled face. “My own daughter, servant to the ducissa. Oh! What wonderful things are happenin’ in my old age.” Her thin hand reached for her daughter’s. “I’m ever so proud of you, Leslie.”

“Thanks Mum. I hoped maybe I could make you so. But I thought, too, that serving someone so special to our people was a fit occupation for a girl like me. I’m simple, Mum, Dad.” She turned her head, still holding tightly to her mother’s hand, and gazed at the faces that looked back into hers. “I’m a simple person, not the smartest, nor the prettiest. But I think it fair to say I’ve got a good hand on kindness. I think that this, perhaps, is a way I can use it.”

Windsong, the sister, smiled with the smile that only one sister can give to the other, understanding the other’s words completely, remembering so much that spoke of their truth, happy in the memories they evoked. “I think so too, Les.” She said. “Your helpfulness always was destined for great things.”

“You’re a good girl, Lessie.” Her father spoke the words, and Leslie’s blue eyes beamed in her round face. Her brother too was grinning at her.

“It’s a bit odd to me, Les.” A smile was hiding in his words. “But I’m glad you’re happy. And I think Windy’s right. Something like this had to bump into you sooner or later. You were meant for it.”

It's rather simple, a sort of glimpse into the life of Fleurian faerie family. They are not huge characters, but their lifestyle, how their family works, and how that affects the other characters in the story, bears a heavy role in Part One.

Speaking of which! I shall finally make my thrilling announcement, one that some of you may have already heard. I have officially finished the first draft of my 272 page, 68,950 word...

Wandrian
A Faerie's Journey
I'm so happy!! The second draft is in progress. " Part One, In The Beginning" is officially ready for it's third draft.

I shall leave you now, ever so thoughtful and wishing you unending joy.

As Christmas draws nigh, our days have been filled with so many warm, delightful, and busy events happening in our Ramsey household. My camera and I have been very busy. :) But Emma has been even busier with Christmas sewing projects!  Thus, as to not completely neglect you dear friends, she persuaded me to share with you all my photos from our whirling days!  Rather timidly, I am attempting a post without my Emma who always seems to compliment my photos perfectly with her words...
December in the Ramsey household is the season for...
Baking cookies... 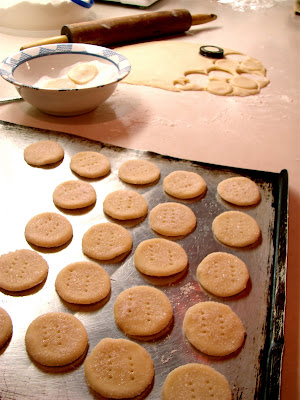 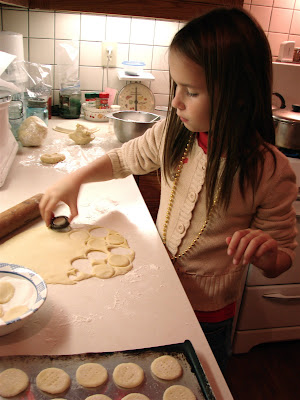 Cooking yummy meals together to serve around a full table... 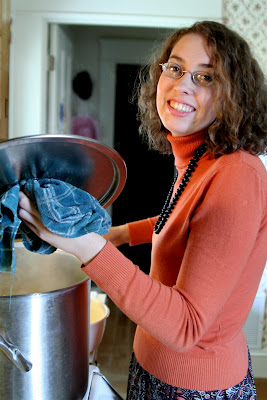 Pulling out so many wonderful Christmas boxes! 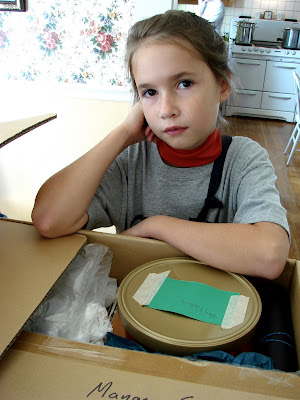 Setting up our Willow Tree nativiy 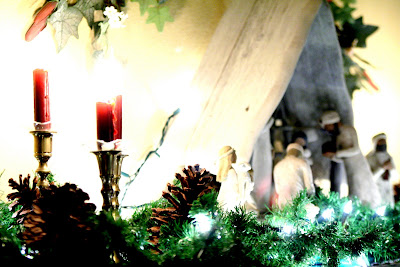 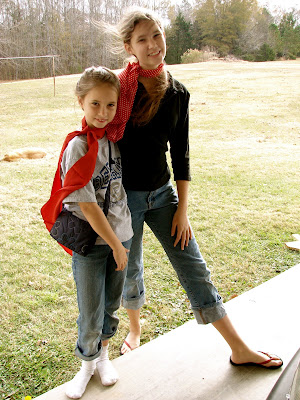 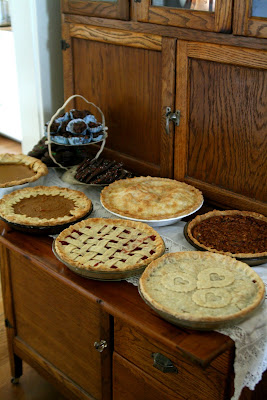 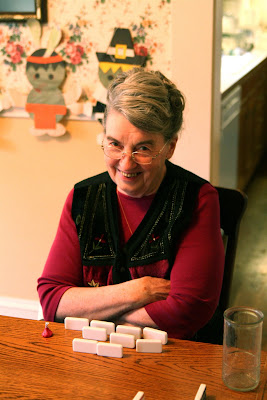 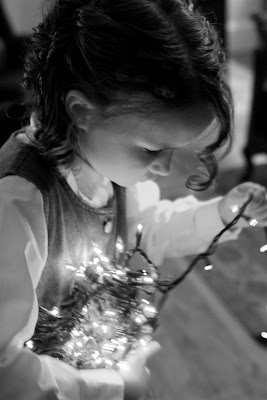 Adorning the Christmas tree with so many colorful ornaments. 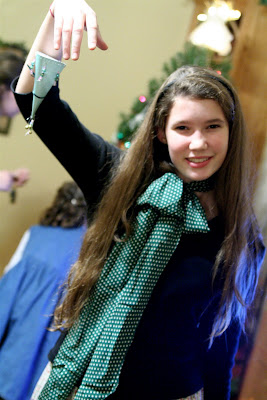 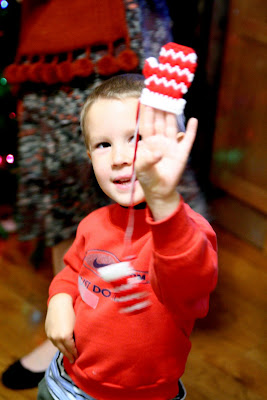 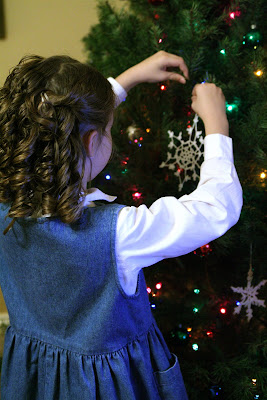 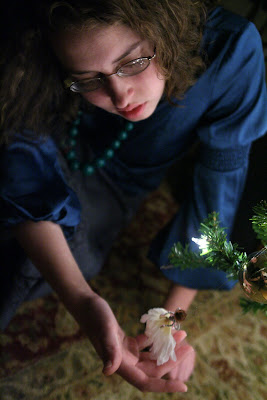 ... Celebrating His birth...
Merry Christmas from the Ramseys!!! 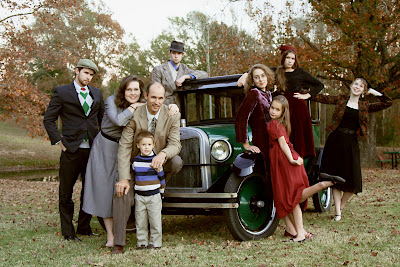 *Photo by Knightman Photography
May you continually overflow with His wonderful joy and peace in the coming year,
Ella
Posted by Emma Pearl at 9:56 AM 16 comments:

An End and a Beginning 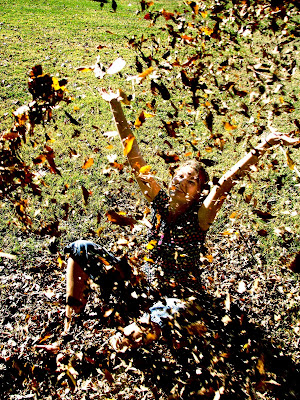 Tonight, at 9:55 p.m., I submitted the final essay for my first college course. It was an online course, and the essay, the longest I've ever written, was due at 10:00. I am heaving a great sigh of relief now, ever so glad that it is over.
Yes... it is the end of one thing. Now I can begin to truly enjoy the Christmas season.. essays forgotten, anticipation awakened.

As I sat recording my "works cited" earlier this evening, our Christmas tree was set up against the living room wall near me. My head was bent on my work though my ears quivered with the joyous sounds around me. My family, sitting, drinking coffee and eating gingerbread, were laughing, giddy with the fresh smell of pine and the pleasant sounds of Christmas music.

This is what Christmas means to me, this sitting around with my family, discussing, perhaps, or reminiscing, laughing for no apparent reason, glad to be together.
Posted by Emma Pearl at 8:13 PM 17 comments: