The ways He works in us

I have been working rather hard on my novel, delving deeper into understanding my characters, and I have discovered something.
You never know how God is using you. 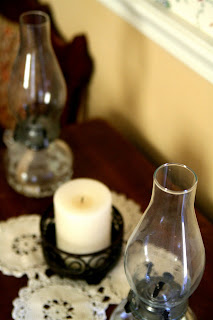 It's so amazing!  I'm thinking so hard about my characters and their lives, why the hero and the heroine do what they do, why the adversary hates them so much, and God shows me things, shows me how what I've written mirrors His truth, though I knew it not.
My protagonist is a black lizard, a creature seething with hate, full of a rage that gives him terrible power.  I realized, all of a sudden, that I didn't know why he was fighting this battle against the faeries anyway; what did he have against them?  Why did ruling them and overcoming them mean so much?  I have a "bad-guy", but no reason behind him.
It was when I was asking myself about this "bad-guy", that I realized, with a sudden, electrifying thought, that God was writing his own message into my writing.  I was trying to understand my character, and suddenly God showed him to me, full of new meaning.  How this works in my story I can't disclose, but I had to share this wonderfully heartening revelation. 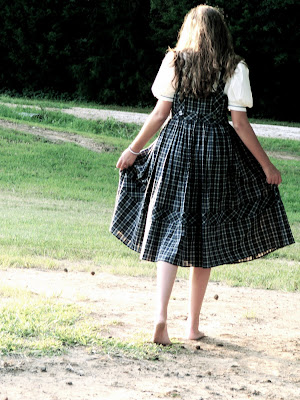 God is working in us, and through us.  No matter how much we fail or achieve in ourselves, in the end, He is using our efforts for His glory.
Praise be to Him!
Emma
Posted by Unknown at 8:48 PM

Sometimes i am wondering how some of u can create such a wonderful site like this....Owaaaaa....i don't have much time....else i could try once....by the way, keep it up ;)

Wow...this is an absolutely beautiful blog!! The photography and design are fantastic! Who does your design, if I may ask? Great post you wrote here. =) Thanks for stopping by my blog! Look forward to seeing you around CW...

You've been awarded at my blog; www.everlypleasant.blogspot.com !

Yes, Emma, I DO love writing. =) I have since I was very small. I'd love to know what you think about the first part of my story! ;) I'm actually writing two novels at once, and I'm majoring on one that I haven't sent Jo yet...but I'd still like to talk about the one you read, if you'd like! =)

Oh what a beautiful thing to see God's hand working in and through us when we least suspect it. Thanks for sharing, that is so exciting! It's good to hear that you are making such progress on your novel. Hugs!

I have tagged you two young ladies! You just need to look at my blog to see what to do. There's no pressure in doing it though, just if you're interested.

That is an adorable dress(that I think your little sister is wearing)! Did you all make it???

I'm sorry I haven't commented on this post yet! I thought I had! I can't wait to someday read your book! I think it's compleatly wonderful that you are writing a book! I wish I could write something like that. I love faries, so are faeries simalar? Just curious. Isn't it wonderful when God works through us and we don't even know it. Then all of a sudden He shows us how He used us, and we are so surprised! It would be nice if we could always have our hearts open for Him to work in us. Well, can't wait to read some more of your book! Have a blessed week!

Oh, and I just wanted to say that I saw that your movie The Photographer is on Internet Movie Database (IMDB) I just thought that was cool. God Bless!