The Fairies and I

Oh, goodness!! I almost did it! I truly thought one of my characters closest to my heart was going to die, but it seemed there was a way out, and Faree is safe, for now, from death. Whew! I did not want to lose her, truly, and I am very grateful that she still lives, and her sister can go in search of her, and Gawis can await her return to tell her his heart.

Yes... I know.... I should explain. What on earth am I talking about? I am writing a novel, currently, called, Wandrian, A Fairy's Journey. I was working on it today, and thus the above relation. I posted some more info and an excerpt here A Banner of Crimson: My story, Part One

Quoting from that page, here is a description of my book

It is a gentle, emotional, and fantastical allegory of our walk through life, of our relationship with God and with others, and how the journey of our lives plays out before us. You wouldn't guess it from reading it, it being so much another world, created with all the words I can muster. It is perhaps too fairytale of a world, but I find that it simplifies and magnifies the particular truths that I wish to share, whilst still keeping them carefully veiled, waiting for a curious reader to peek in and see.

And..... because I love to share... Here is another excerpt. 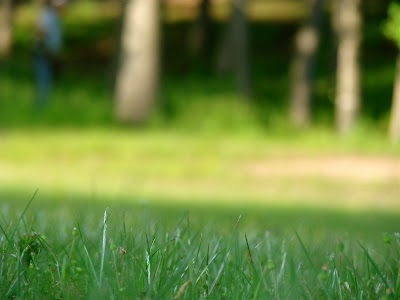 * * * * * * *
Aldwin carried himself beyond the stillness of that glade, straining to carry his thoughts past the inexpressible pain that had been carven across his mother’s features. He did not want to leave her, nor his father, who loved him more deeply than ever a father loved a son. He did not want to leave his beloved island home, or the swelling, emerald sea that surrounded it. But he must. He must because of the man who had been his great grandfather, the man whose own father had been Aaman, Aldwin the Great’s lost son, the son who nearly no living fairies still remembered.
But Aldwin’s family could not forget. They were descended from Aaman, and thus were descended from the great king himself, making them heirs to the fairy throne. Few now knew of their existence. They had no proof to their claim on the rule of all sylph, so they kept to their small island and said nothing.
Yet Aldwin, knowing what he was, could not stay there. His father, only that morning as the sun had drifted higher over Esallan, had laid the great sword of Aldwin I in his son’s hands, bestowing on him the sacred rights of kingship that Galen himself had held for so long. Aldwin was now, in a quiet, hidden way, the king of all Sylph. The realization had smote him with sudden and glorious yearning, with longing to serve his people in the best way that he could, giving his life for the strengthening of his race, as was the duty that had been granted him.
He had felt his purpose for the last two summers, felt, the first year, a desperate hunger to tell the world of his family’s right, an emotion that calmed, the second year, into only a deep and interminable longing to aid and respite his travailing people. He would leave Esallan and journey across the places of the world, seeking wisdom and a way to do what a King must do.
He stood now on the rocky outcroppings that marked the shore of the island. His hand lay over the sword that hung, belted about his hips. The wind was frolicking with the water and its whisperings swept a lock of dark hair away from his wide, thoughtful, forehead. He must go now.
“Aldwin.” The voice was sober and girlish. He turned his head. Elin and Jone stood behind him, their hands clasped together, their eyes on his. He came forward. His arm went around their shoulders.
“Good bye, girls.”
Jone’s slight voice shook audibly as she wrapped her arms around her brother, the red brown of her hair pressed against his chest. “God be with you, Aldwin.” Elin came next, the blue of her eyes shimmering with her tears in her fair face. “Yes, brother, may God be with you.”
He left them with his love and lifted his wings. The rising wind swept beneath them and raised him swiftly above his sisters. In a moment he was alone in the depth of the darkening blue sky. But in that moment, all of his childhood, all the lessons learned, the love given him, the beauty surrounding him, came rushing back in one, great, torrent of memory. He lifted his arms to cover his head with his hood as rain descended rapidly from the sky.
And so, Aldwin Esall, son of Lord Galen Esall, and great-great-grandson of Aldwin the great, once greatest king of all sylph, left his homeland and flew across the sea.
Posted by Emma Pearl at 12:35 PM

Emma,
Kami and Keslie have told me how wonderful a writer you are. I would love to read your novel when you finish!
For so long I have been hoping you would have a blog so i could finally meet you!
Hello! I'm Heather! I'm actually one of the Fairchilds. We are really good friends with the Couches.

I look forward to checking your blog often.

May God bless you and your family!
Heather

p.s. I am also a huge fan of your movie and your families photography skills. I also really love Kami's photography alot.

Heather! Thank you for your comment!! I was so blessed to read it. :)